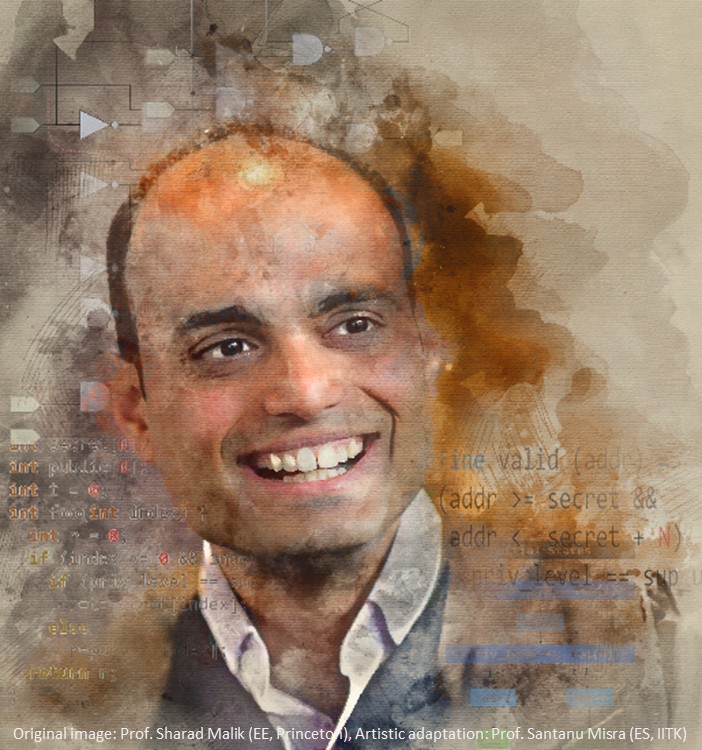 Prof. Pramod Subramanyan was born on June 8th, 1984 in the city of Palakkad in Kerala. After completing his bachelor’s studies in Electronics and Communication Engineering from the R. V. College of Engineering, Bengaluru, he completed his master's studies from the Indian Institute of Science, Bengaluru with a thesis on Efficient Redundant Execution in Chip Multiprocessors. Prof. Subramanyan then went on to pursue doctoral studies from Princeton University where his dissertation on Deriving Abstractions to Address Hardware Platform Security Challenges was awarded not only the Bede Liu Award for the Best Doctoral Thesis at the Department of Electrical Engineering, Princeton University, but also the 2018 ACM SIGDA Outstanding Ph.D. Dissertation Award in Electronic Design Automation.

Prof. Subramanyan and his works were no strangers to excellence, and received multiple awards including the 2017 award for Best Paper at the ACM Conference on Computer and Communications Security, the 2015 award for Best Student Paper at the IEEE International Symposium on Hardware-Oriented Security and Trust, and the Wu Prize for Excellence from the School of Engineering and Applied Science, Princeton University. His advisors and colleagues wax eloquent about his sheer technical brilliance and ability to identify the most impactful of applications while at the same time, making the most fundamental of advances, in formal methods and systems security.

Prof. Subramanyan is also fondly remembered as a caring mentor who imparted to students not only a wealth of knowledge, but also inspiration and a spirit of inquiry. He is remembered as a doting father, a caring and supportive husband, a dutiful son and brother, and an exemplary human being.

The untimely demise of this wonderful human being and researcher par excellence is a setback to individuals and organizations alike. Organizations and efforts that were fortunate to have received his contributions will miss his mastery over subject matter. The academia will miss a future leader and dominant expert. Those who worked with him and learnt from him will miss a helpful colleague, a caring mentor and a valuable adviser. We pray for the departed soul and hope that the family, friends and colleagues of Prof. Subramanyan, find strength and courage in face of this irreparable loss.

Fond memories shared by friends and family members of Pramod

If you would like to contribute to this page by writing a testimonial about Pramod or in some other way, please send an email to purushot@cse.iitk.ac.in The following collages were compiled using photographs generously shared by family members, friends, colleagues, and students of Pramod.

Collage 1: Clockwise from the top left, spiralling in: Pramod and his batchmates from IISc attending a workshop, Pramod being awarded the Bede Liu Award for Best Doctoral Thesis (EE, Princeton University), Pramod all smiles on his graduation day, Pramod delivering a talk at the 3rd Workshop on Dependable and Secure Nanocomputing (WDSN 2009), Pramod and Preeti after Pramod's graduation, Pramod and his batchmates from IISc enjoying a nice dinner, Pramod and his students at IIT Kanpur enjoying a dinner at the Campus Restaurant, Pramod displaying his artistic side (see collage 3 below for the full image). 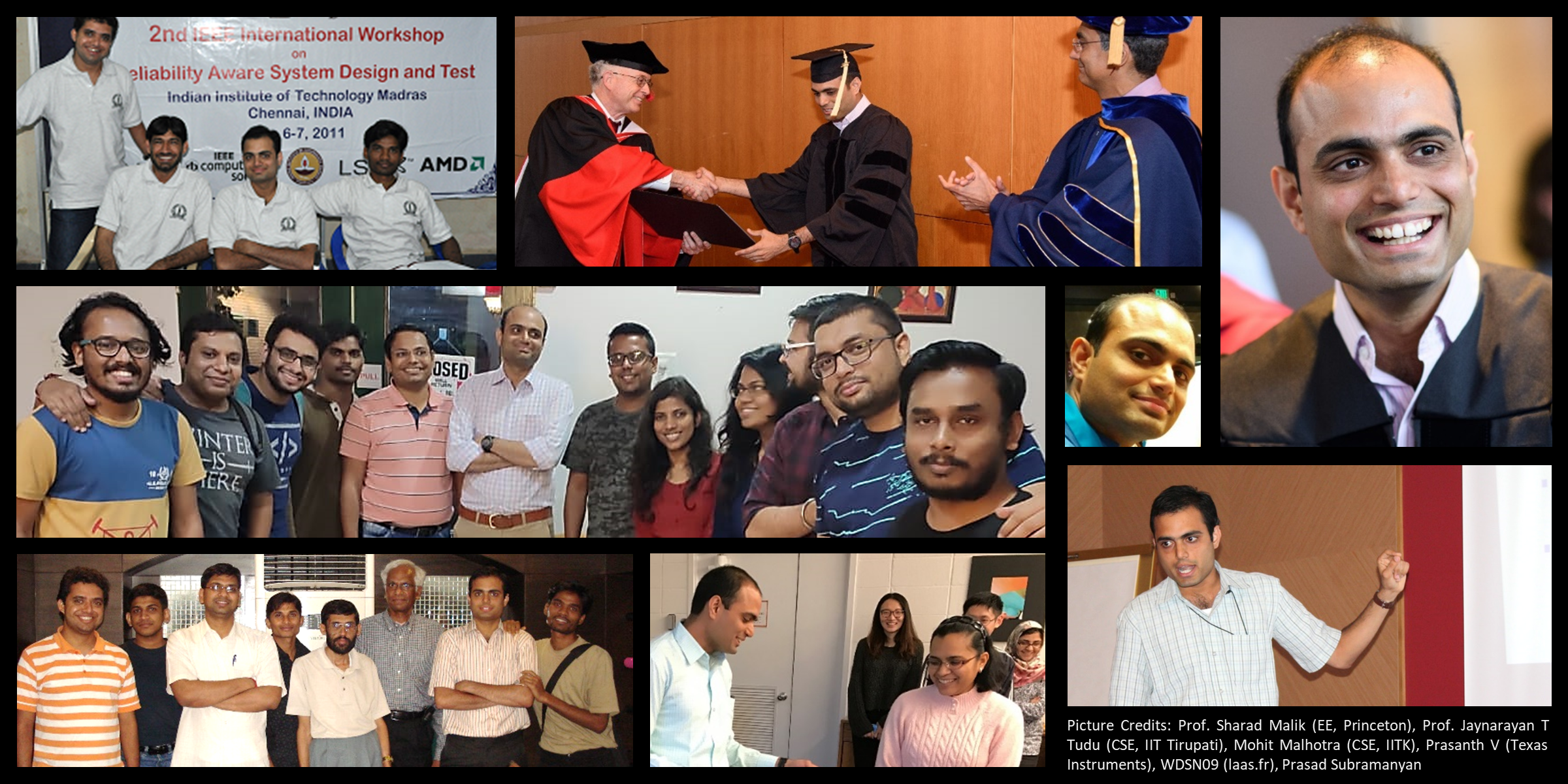 Collage 2: Clockwise from the bottom left, spiralling in: Pramod and his son Avyukt enjoying playtime, Pramod with his research buddies at a group dinner party, Pramod and his parents on a trip on a very sunny day, Pramod being happy and a bit shy to show his mother his new office space, a super grainy, old and poignant picture of Pramod and his brother as little kids, Pramod being felicitated by Prof. Sandeep Shukla after delivering a keynote at CSAW 2018, Pramod all smiles on his graduation day (see collage 1 above for the full image). 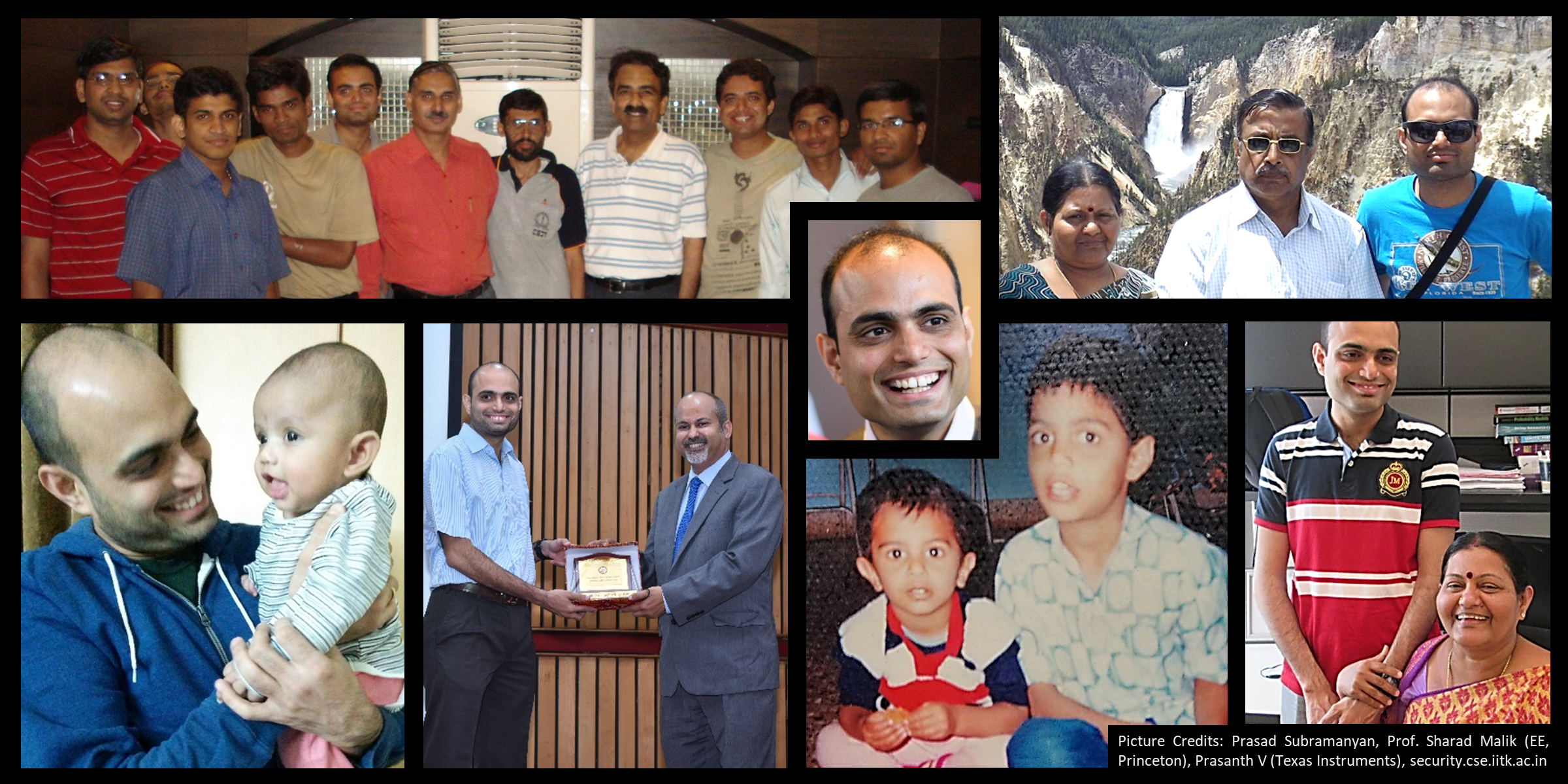 Collage 3: Clockwise from the bottom left, spiralling in: Pramod displaying his artistic side, Pramod and Avyukt (the latter seems a bit distracted by his latest toy lying below on the ground), Pramod at his new office in the Rajeev Motwani building, CSE, IIT Kanpur, Pramod looking sharp in formal wear, Pramod in front of his office in the Rajeev Motwani building, Pramod and friends enjoying a day at the beach, Pramod and Avyukt enjoying playtime (see collage 2 above for the full image). 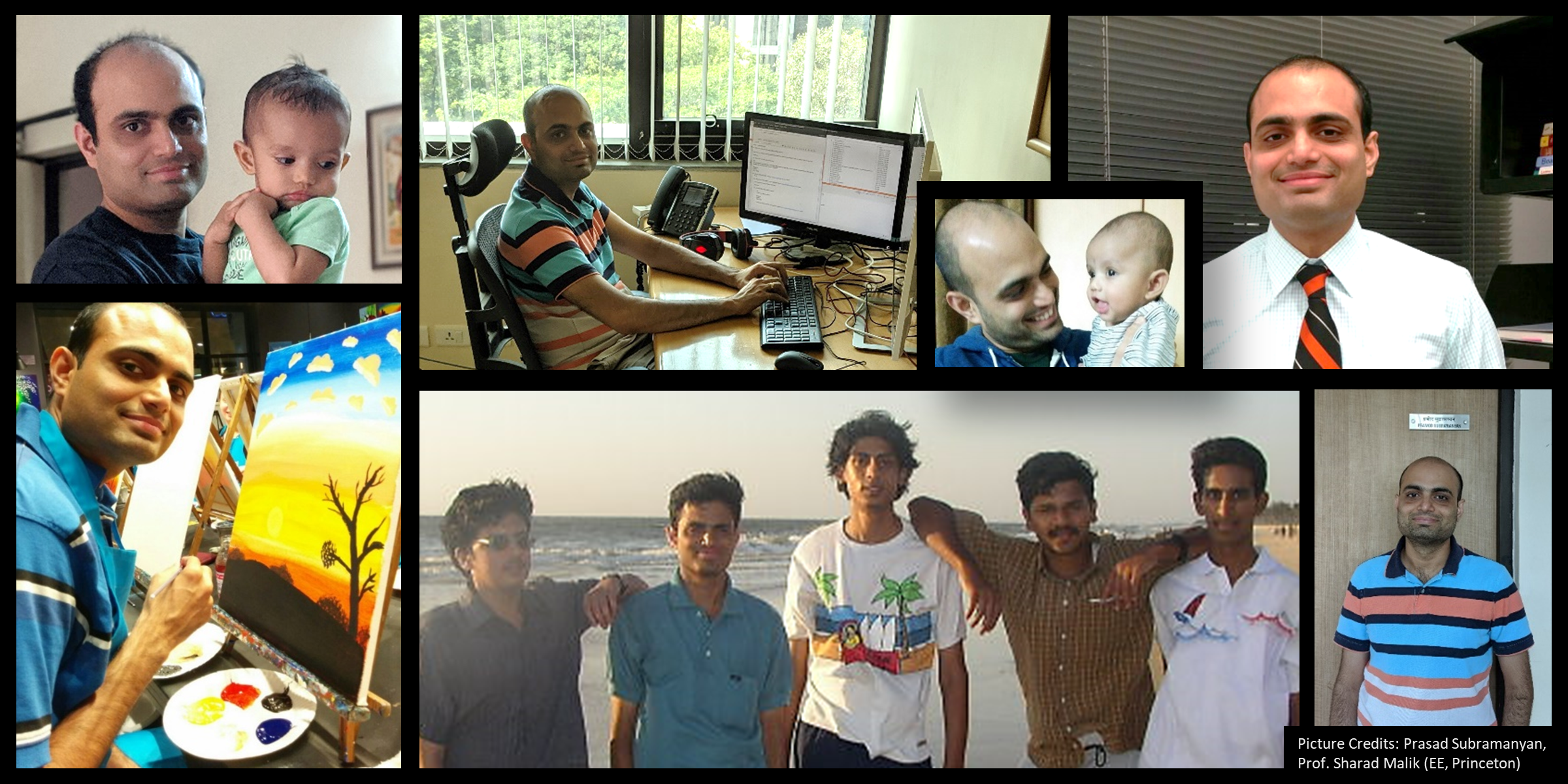 YouTube video: Pramod and his friends enjoying a boat party while on a trip to coastal Karnataka. Can you guess which one is Pramod? (Hint: look for the brightest smile). Video courtesy Puneet Acharya.

If you would like to write a testimonial about Pramod, please send an email to purushot@cse.iitk.ac.in